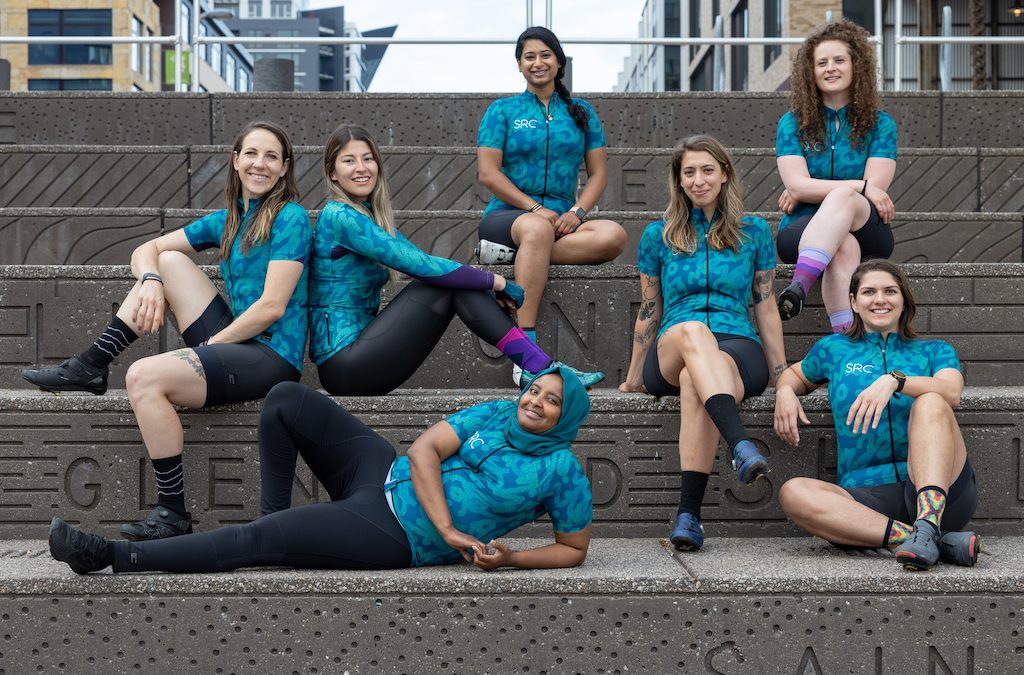 On March 28, TCBC’s Bike U held its third session for 2022. The topic was “Equity in Bicycling” and was presented by Erin Ayala and her cycling team, Stamina Racing Collective. Erin, who cofounded the team in 2020, held an enlightening panel discussion with three members of the team: Christina Knudson, Mel (Melissa) Tangye, and Madilynn Garcia.

Erin has an interesting TCBC connection: Randall Huskamp, from the Midtown Cycling Group, helped her get into bicycle racing and has been a mentor to her.

Erin also asked the panel for advice to people who are trying to make cycling more inclusive. Some of the same things mentioned above were brought up again such as using preferred pronouns (she/her, he/him, they/them) and not touching someone else without their permission. These might seem like little things, but they make a difference. One panelist, Mel, said it’s important to consider the invisible needs of others such as whether someone has a hearing or vision limitation.

It was also mentioned that it’s important to be open to feedback and criticism even if it is not delivered very smoothly. One final response, given by Christina, was to do some research; search the web on how to talk to a trans person or person of color.

Overall, it was a very positive presentation that gave us viewers a lot to think about. On their website, they have blogs and info about team members. You can read about their efforts to volunteer, mentor others that might be race-curious, take action in the community, and diversify cycling overall.

If you missed the presentation, you can view it here.

Submitted by John Benda, Member of the TCBC U Council of Regents